A while back, I bought a small lot of very odd, really excellent vintage lampwork pendants. My greatest delight in designing jewelry is finding something old that I've never seen before, and this one is particularly good. I had no idea what I wanted to do with them, but I knew that whatever it was would be called Tesla's Lab. I posted a picture of them on Instagram, and a friend replied that I should make earrings called Cocktails in Tesla's Laboratory. That was even better, and I filed the name away until an idea occurred to me. 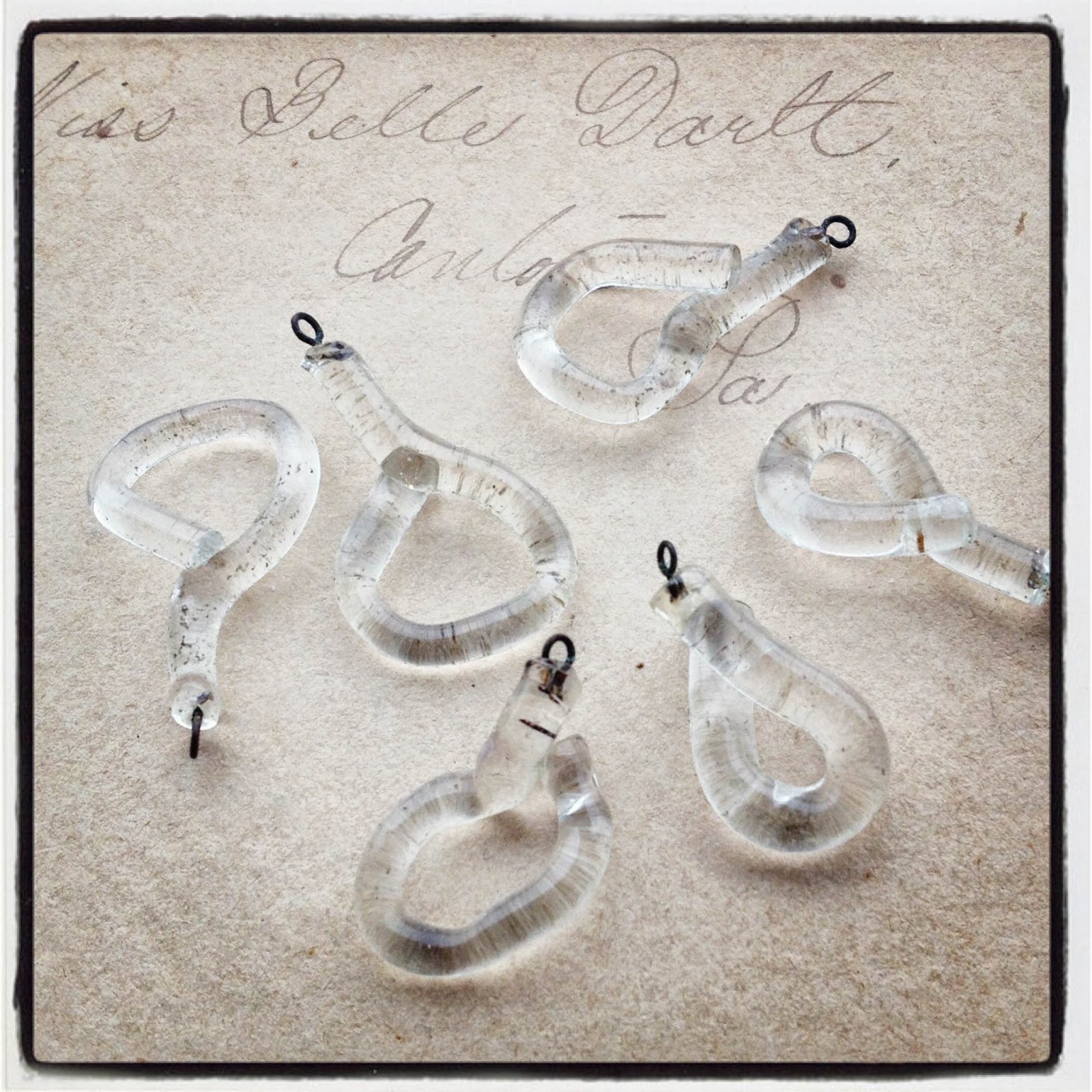 A couple of weeks ago, I got them out and looked at them again, and fidgeted them around with some other bits, and this pair of earrings was the result. They made me giddy with the joy of making something unusual and evocative, and every time I look at them they start a visual story in my head: Tesla, with his bold eyes and angular face, mixing a concoction and finishing it with a wild bolt of electricity. Handing it a lady compatriot, dressed to the Victorian nines, slight lightning scorches on her elbow-length gloves. Clink of beakers, and a toast to imagination. 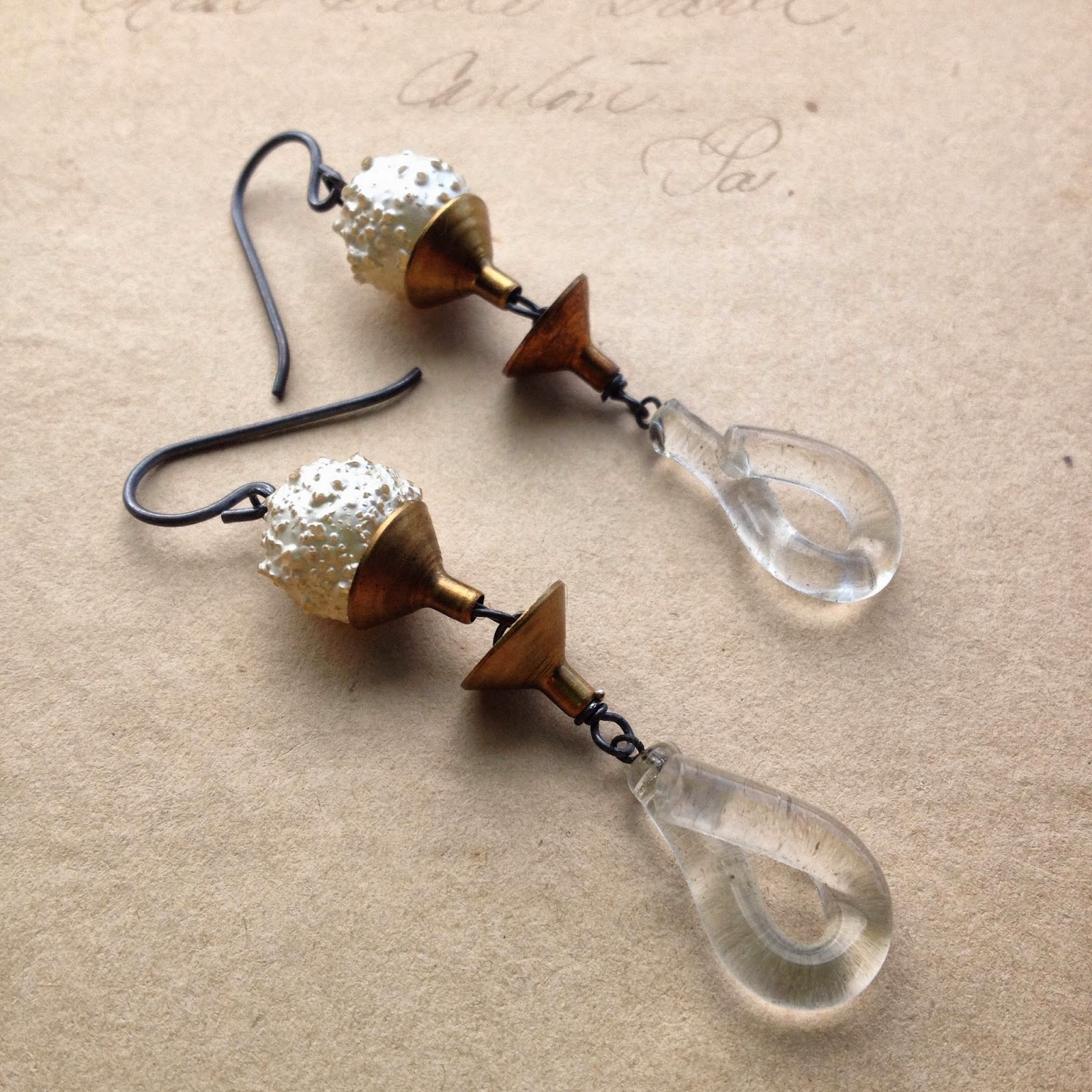 The making of story from the elements of wire and glass delighted me, and the several things I've made since then have seemed to come with their own small narratives, a slice out of the middle of a story, something gleaming in the distance. I have a few new pieces that I'll be posting in Leaves of Glass this week, each with a title that hints at a story to be glimpsed, and imagined, and worn. 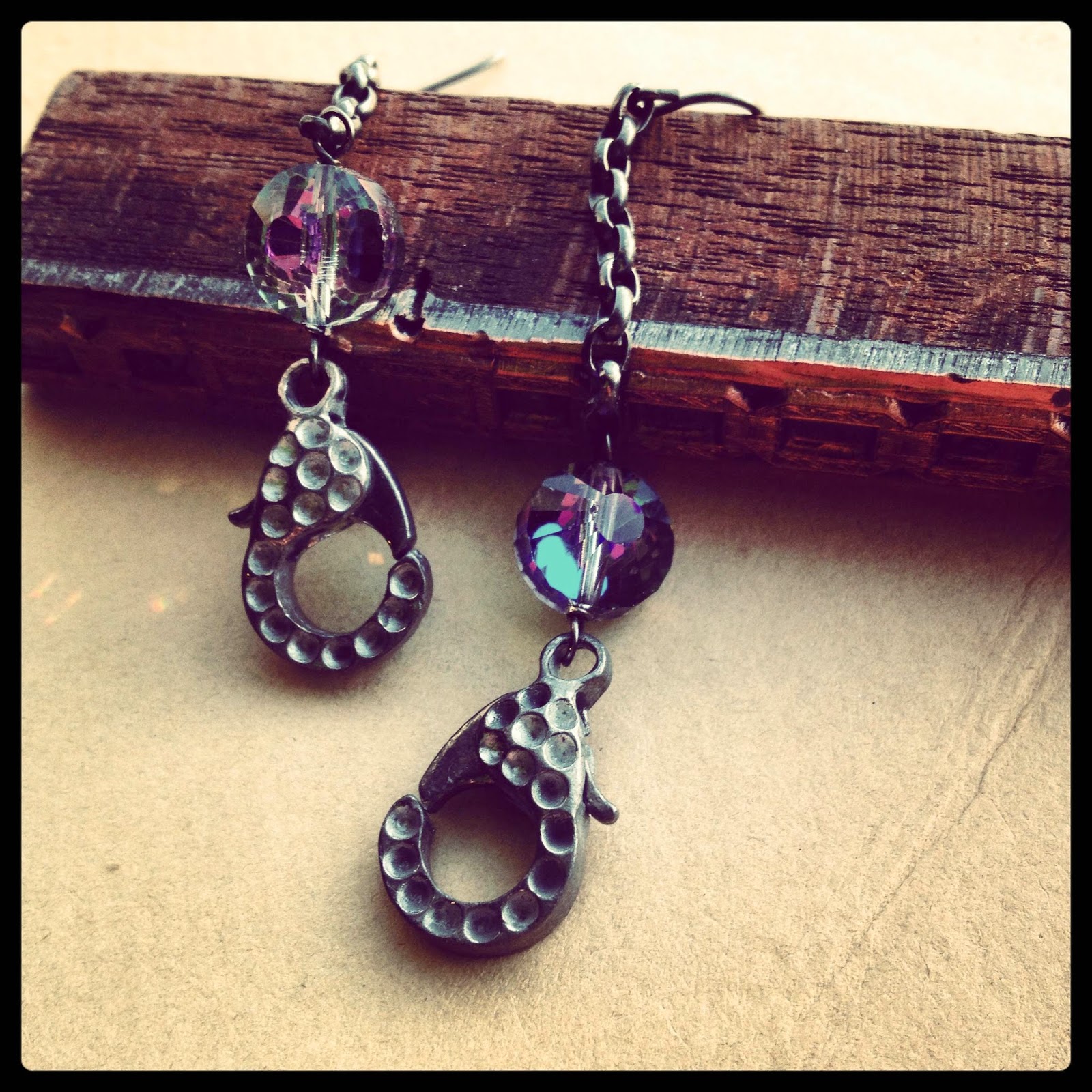 Urgent Summons to a Bail Hearing 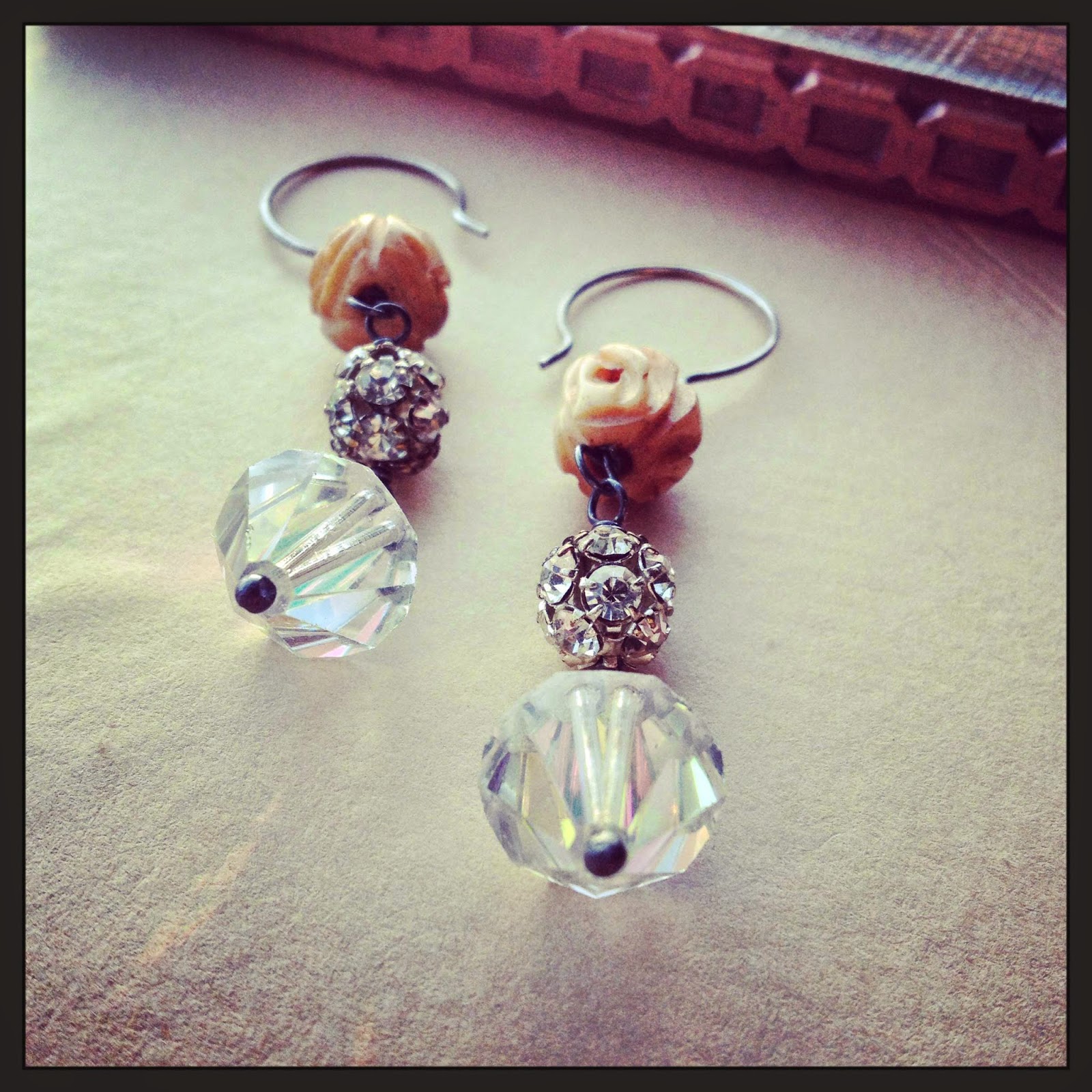 Wedding in a Ghost Town
Posted by Kateri Morton at 12:19 PM

Kateri Morton
"Dressed or not dressed, everybody works today." - One, Two, Three

View my complete profile
I believe that jewelry tells a story. It can be a secret story, a reminder to yourself; it can be a story you tell to the world around you; it can be a costume or a talisman or a suit of armor. I love stories, and I love the challenge of translating an image or a narrative into a beautiful, wearable medium. I design and make jewelry using vintage and antique glass, hardware, metal and sterling silver. You can read my story here, and you can buy my work at leavesofglass.bigcartel.com